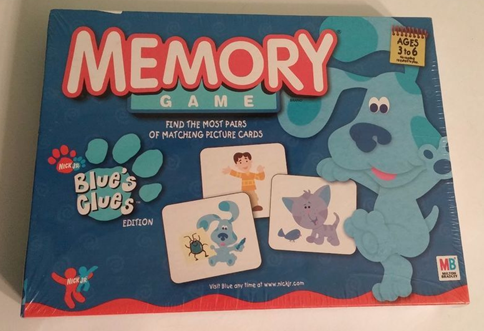 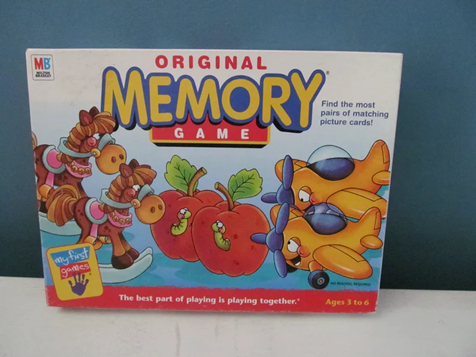 The Memory Game is a fun way for players to work on their memory using different characters and objects. Short-term memory can be practiced by playing this game because players must flip over the cards to try to get a match, and then remember which cards they have flipped over and what picture is on it. Every time a player flips two cards that do not match, they need to remember what images are on that card for later in the game when they find the match. Then, it is the goal to flip over the two matches to be able to collect them. Concentration is involved in this game because players must focus on what cards they have flipped and what cards other players have flipped if playing this game as a group. If another player flips a card that they know where the match is, in the next round that player can flip the matches and take the cards. Problem-solving is involved in this game because players must figure out where in the layout of the cards the match is to the images that they know. Crossing midline can be practiced for players if they make sure to flip cards by putting their arms across their bodies. For example, if a card is on the left side of the environment, they could use the right side so that they practice what it is like to cross the middle of their body with their arm.