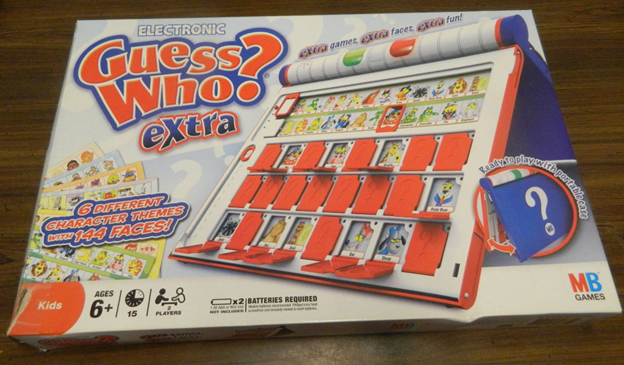 The Guess Who? Game is the original guessing game! This game is a tabletop-style board. Each player chooses a mystery character and then using yes or no questions, they try to figure out the other player’s mystery character while using problem-solving skills. When they think they know who their opponent’s mystery character is, players, make a guess. If the guess is wrong, that player loses the game! However, in order to win the game, players must concentrate on the characteristics of the questions they ask that may make up the specific character that is chosen by the opposite opponent. Players will also have to use short-term memory to remember the questions they ask that make up the opponent’s chosen character that they are trying to reveal. Furthermore, players will need to use social skills by interacting in conversation. Whether it is answering a yes or no question or asking about characteristics of a chosen character.