Adventure films are usually exciting stories, with new experiences or exotic locales, very similar to or often paired with the action film genre.

A biographical film, or biopic is a film that dramatizes the life of an actual person or people. Such films show the life of a historical person and the central character’s real name is used.

Children films cover a wide array of topics and can fall into multiple genres – such as adventure and musicals. Most often, this genre incorporates fantasy elements and plays on the possibility that imagination holds. Many films in this genre are animated and serve an educational purpose. The majority of Children’s films will demonstrate some kind of moral message, cautionary tale, or contain a plot that illustrates good overcoming evil.

Comedies are light-hearted plots consistently and deliberately designed to amuse and provoke laughter by exaggerating the situation, the language, action, relationships and characters.

A documentary film is a movie that attempts to document reality. Even though the scenes are carefully chosen and arranged, usually through editing after filming, they are not scripted and the people in the movie are not typically actors. Sometimes, a documentary film may rely on voice-over narration to describe what is happening in the footage; in other films, the images speak for themselves without commentary. A documentary often includes interviews with people in the film for additional context or information.

The user-friendly way to impart information and training and a prime target for parody, the instructional film is a short presentation that has generally been created by a government department or a business to impart training or information on a specific area.

You can start, maintain, or improve a fitness program from the comfort of your own home using exercise videos. 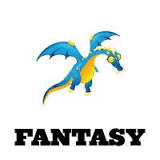 A fantasy story is about magic or supernatural forces, rather than technology, though it often is made to include elements of other genres, such as science fiction elements, for instance computers or DNA, if it happens to take place in a modern or future era.

Horror films are designed to frighten and to invoke our hidden worst fears, often in a terrifying, shocking finale, while captivating and entertaining us at the same time in a cathartic experience. Horror films feature a wide range of styles, from the earliest silent Nosferatu classic, to today's CGI monsters and deranged humans.

Opera is an art form in which singers and musicians perform a dramatic work combining text (called a libretto) and musical score, usually in a theatrical setting.  Opera incorporates many of the elements of spoken theatre, such as acting, scenery, and costumes and sometimes includes dance. The performance is typically given in an opera house, accompanied by an orchestra or smaller musical ensemble.

Romance genre is about people falling in love. The genre is much more complicated than simply sighs, embraces, and bodice ripping wrapped in a lurid Romance Novel book jacket. A romance focuses on the interpersonal relationships of characters and how those actions, thoughts, and circumstances drive people apart and bring them back together. A thriller is a genre in visual media and literature which focuses on action, fast pacing, tension, and suspense. The conflicts are usually between desperate heroes and powerful antagonists who outmatch them by large margin. Frequent location changes, time shortage, and Cliffhangers are extremely common.

A television program is a segment of content intended for broadcast on television. It may be a one-time production or part of a periodically recurring series. A single program in a series is called an episode.

A one-time broadcast may be called a "special". A television movie ("made-for-TV movie" or television film), is a film that is initially broadcast on television rather than released in cinemas or direct-to-video, although many successful TV movies are later released on DVD. War (and anti-war) films acknowledge the horror and heartbreak of war, letting the actual combat fighting (against nations or humankind) on land, sea, or in the air provide the primary plot or background for the action of the film.

Westerns are the major defining genre of the American film industry - a eulogy to the early days of the expansive American frontier. They are one of the oldest, most enduring genres with very recognizable plots, elements, and characters (six-guns, horses, dusty towns and trails, cowboys, Indians, etc.).